the tools used to get there are mostly on the beach. To make a Pina Colada, you'll need to obtain a Coconut, then chop it with your sword, a whole pineapple (not pineapple chunks), and a Bamboo mug to make a Pina Colada. To get there, you have to sit in a beach chair drinking a Pina Colada, all while a sunset is taking place. You will spawn in the "spawn pool", a small well of bubbling water. When you swim up, you will be in the Tropical Realm! To get back to the Overworld, simply drink another Pina Colada and jump into the pool.

The Tropical Realm is filled with creatures and animals. Hostile and non-hostile, here's a rundown on some of the non-hostile. The Monkey is a common mob that will follow you if you hold a Pina Colada in your hand, the monkey is naturally passive, but, if you don't give the monkey a Pina Colada long enough, the monkey will attack. When the monkey gets what it wants, it will leave you alone. The Starfish are found underwater along coastlines, the starfish may drop a Starfish Shell, which can be hung on a wall and used for decor. The Iguana is a neutral mob that usually hangs around in packs of around 3. If attacked, all iguanas will swarm you in a manner similar to silverfish.

Don't let the peaceful, tropical, nature of the Realm deceive you, there are baddies. The Beach Creeper, also known as a "TropiCreeper", are the Realm's personal, tropical, creepers. The creeper's appearance is a casual wardrobe, a straw hat accompanied with a Hawaiian shirt. The Tree frog, more specifically, the Poison Tree Frog, comes in three different colors, and will attack on sight. Poison Tree Frogs will drop Poison frog skin on death, the skin is used to make poison darts. There are also the Easter Island Heads, which seem first inactive, but will attack the player if they get too close.

The Ashen Tribe is normally neutral, but very annoying and pesky if aggravated. The Ashen Hunters are little soldiers of their tribe that shoot non-lethal, paralyzing darts. Ashens are found in a Ashen Home Tree and when hit, Ashens drop their Ashen mask, these vary in size and shape, and can be hung on walls. When an Ashen's mask gets hit off, the Ashen hides its face.

The Koa are NPCs found in towns off the shore. The houses are on a dock, and are very small. The Koa share similar attributes to Villagers. Koa have jobs including fishermen and hunters. The Koa trade and are known to roam around their town. 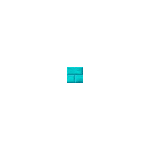 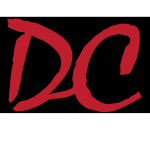 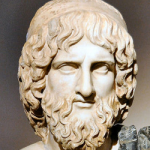 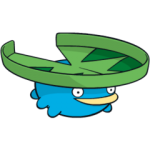