No one has ever seen the face of an Ashen. Players reported that they have no face at all! It is a bit of a faux pas to have a naked face in their society. They are small, with masks of varying shapes.

Ashen are much smaller than the player or koa villagers.

Their speed is as fast as a baby zombie.

The Ashen, when encountered by the player, hold a blow dart which carry a paralyzing injection. However, if you don't hit them and just walk around them, they will not bother you.

They are extremely aggressive, but only attack whilst the player is paralyzed. An Ashen can be dealt with safely only by avoiding a blow from their paralyzing darts. They are also armed with bamboo spears.

If only one Ashen hits you with a dart, they will all proceed to assault you.

They spawn with in small groups within the Home Tree(the picture above).

A way to get them to be neutral toward you is to obtain and wear one of their Ashen Masks. These can be obtained by killing one or finding them in rare loot chest(These are called Treasure Chests which are found under naturally generated veins of purified sand on the surface). When a Ashen is attacked, it's mask will usually be knocked off and the Ashen will try to retrieve it.

You can identify the Home Tree because it has four extruding branches and has a loot chest on top. There are mob spawners and a natural ladder to reach the top made of vines. The Home Tree is extremely different than the other trees in the rain forest.

The Ashen hunters are armed with blow darts. Although nonlethal, one of their darts has enough toxins to completely paralyze a human for six seconds. Unlike Koa, they do not hunt monsters at night. 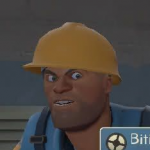 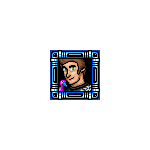